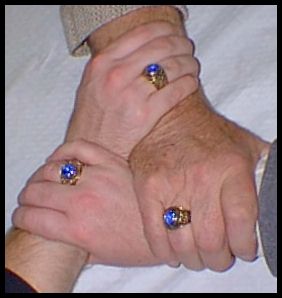 Contact For Health has been a family owned and operated chiropractic clinic since its beginning. Our founder, Dr. James Spencer, Sr., graduated from Palmer College of Chiropractic in Davenport, Iowa in 1968 and soon after opened a clinic in Hudson, MI. He later opened a satellite clinic in Reading, MI. The current owner of Contact for Health Chiropractic Center, P.C., Dr. Daniel Spencer graduated in Palmer’s centennial class in 1995, and immediately joined the practice.

Both share the common vision of helping your body remove nervous system interference, and therefore restore health. We help thousands of patients each year on their path to health and wellness. From newborns to the elderly…from those injured in an accident to those seeking wellness…our clinic is here to help you! We encourage you to browse this site for more information on the benefits of chiropractic care, and please feel free to call or e-mail if you have more questions. Enjoy your visit! 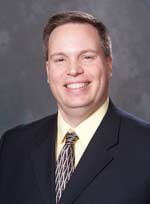 Dr. Dan has served on the Contact For Health physician staff since October, 1995.

Dr. Dan was born on August 8, 1970 to Dr. James C. Spencer Sr. and Beverly (Halpin) Spencer in Adrian, Michigan. He is named after Dr. Daniel David Palmer, the founder of chiropractic. He attended Hudson Area High School and graduated as valedictorian in 1988. While in high school, Dan participated in a variety of activities, including: football, baseball, debate, computer team, National Honor Society, #1 Club, and marching and concert band. Dr. Dan was also active in Boy Scout Troop 602 in Hudson, Michigan. In 1987, he attained the rank of ‘Eagle Scout.’ He has since served one year as scoutmaster of the troop and as commissioner for the troop.

He attended Adrian College (MI) on an M&S Manufacturing Co. Scholarship and an Adrian College Presidential Scholarship. He participated in intramural sports, the Biology Club, and was inducted into Beta Beta Beta Biological Honorary Society. Dr. Dan joined the Alpha Tau Omega undergraduate fraternity during his freshman year, and twice served as secretary for the organization. In 1991, the chapter was re-installed at Adrian College, and Dr. Dan was initiated as one of the ‘re-founding fathers.’ He also served as Chairman of the chapter’s Board of Trustees from 1999-2001. Throughout his Adrian College Career, he worked for the Lenawee (County) Intermediate School District as county debate and forensics league coordinator. Dr. Dan was named to the Adrian College Dean’s List four times, and graduated with a Bachelor of Arts degree in Biology on April 26, 1992.

Dr. Dan entered Palmer College of Chiropractic in Davenport, Iowa in July of 1992. He pledged the Pi Kappa Chi professional fraternity in his first semester, joining his father, Dr. Jim Sr. as a member of the organization. Serving as secretary of Pi Kappa Chi for two years and participating in intramural sports, among other activities, Dr. Dan was quite active with the group. He also served as a Boy Scout troop commissioner with the Illowa Council, and Advisor of the Chiropractic Explorer Post at Palmer. This group helps high-school students learn about the requirements of becoming a doctor of chiropractic, and the details of having a career in this field. Dr. Dan also helped re-form the ‘Michigan Club’ at Palmer, and served as president of the group for two semesters. This particular club helps Palmer students learn about chiropractic issues within the state of Michigan. Guest speakers from the state are invited to speak to the club (which Dr. Dan has done several times), and the club often travels to conventions and seminars within the state of Michigan. Dr. Dan served as a module assistant at the East Hall student clinic during his final semester at Palmer. He was named to Palmer’s Dean’s List five times, and graduated on October 13, 1995 as part of the ‘Chiropractic Centennial’ class. In addition, he successfully completed the National Board of Chiropractic Examiners, Parts I, II and III.

While attending Palmer, Dr. Dan earned certification in the Cox Flexion-Distraction Technique. Approximately 800 doctors worldwide have this certification. The technique itself is an effective treatment for several types of low back and cervical (neck) problems. It has proven to be the treatment of choice in cases of intervertebral disc herniation. Dr. Dan assisted the technique’s founder and developer, Dr. James Cox of Fort Wayne, Indiana, in teaching a seminar on this technique (Chicago, November ’95). 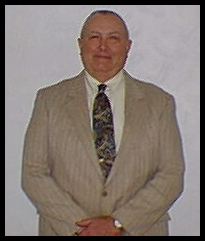 “Doc” retired from the Contact For Health physician staff in 1995.

Dr. Jim Sr., or ‘Doc’ as he is known, was born on a farm in Maumee, Ohio on January 19, 1933. He attended Maumee High School, where he played football. His family’s farm (located on the land occupied now by Southwyck Shopping Center in Toledo, OH) had a dairy operation, and potatoes were a favorite crop. Doc served in the Ohio National Guard and the Army during the Korean Conflict. In an effort to get away from the ever-expanding city of Toledo, his family sold the farm and moved to rural Williams County in Northwest Ohio. Doc married Beverly A. Halpin in June of 1958, in Pioneer, Ohio. He worked at farming, and also drove semi-truck. Soon tiring of driving semi-trucks and “getting kicked by cows,” Doc and Bev moved to East Moline, Illinois, so that Doc could attend Palmer College of Chiropractic in Davenport, Iowa.

Doc worked full-time at the John Deere plant in Moline, Illinois, and attended Palmer College on a full-time basis as well. He was active in the Pi Kappa Chi professional chiropractic fraternity, and served as the organization’s Sergeant-at-Arms. In March of 1968, Doc graduated from Palmer. After earning diplomate status with the National Board of Chiropractic Examiners, he decided to practice in Archbold, Ohio. After nearly one year, Doc decided to move the practice to Hudson, Michigan, where it has been located ever since. A significant post-graduate program in radiology (300 hours) was completed by him at Oakland Community College in Rochester, Michigan.

Doc was very active with sports teams throughout his career. He served as team physician for the Hudson Area High School Tigers football team, which set the national record for consecutive victories at 72 in 1975. The record still stands today for public schools. The book ‘Wave the Flag for Hudson High,’ a chronicle of the teams who set this record, makes several references to Doc’s work with the team. He also served as team physician for the Jackson Jaguars and Jackson Bombers semi-pro football teams (located in nearby Jackson, Michigan) for three years. He maintained a steady membership with the Michigan Association of Chiropractors as well.

In the years that followed Doc’s graduation, the Spencers had three more children including Dr. Daniel D. Spencer. In 1982, Doc opened a satellite clinic in nearby Reading, Michigan. Doc retired in 1995. Doc’s wife, Beverly, passed away on July 20, 1996, from complications of cancer treatment. He married Gloria Peterson in Hudson in July of 2000 and had 13 fantastic years with her before he passed away January 24, 2014.